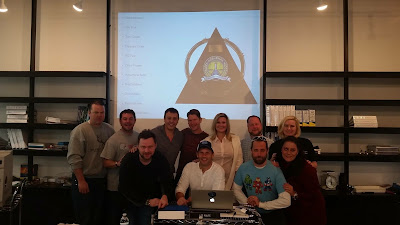 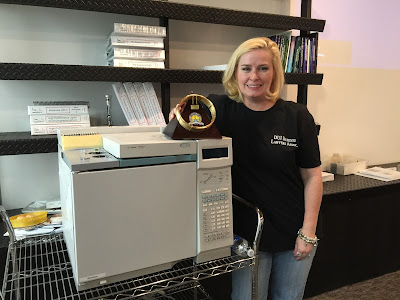 After 4 years of study and coursework, I passed the ACS Forensic Lawyer-Scientist exam this week in Chicago.  It's been a long but rewarding road.  I want to thank the whole staff at Axion Labs for the amazing education and support.  Thank you Dr. Lee Polite, Dr. Harold McNair, Lew, Mary Beth, Justin McShane, Josh Lee, Katie McShane, Ron Moore, Dr. Jimmie Valentine and Heather Harris.

The following describes the program:


With more than 161,000 members, the American Chemical Society (ACS) is the world’s largest scientific society and one of the world’s leading sources of authoritative scientific information. The Chemistry and the Law Division (CHAL) has over 1400 members. A nonprofit organization, chartered by Congress, ACS is at the forefront of the evolving worldwide chemical enterprise and the premier professional home for chemists, chemical engineers and related professions around the globe. The ACS is dynamic and visionary, committed to “Improving people’s lives through the transforming power of chemistry.”  This vision ─ developed and adopted by the ACS Board of Directors after broad consultation with the membership ─ fully complements the ACS Mission statement, which is “to advance the broader chemistry enterprise and its practitioners for the benefit of Earth and its people.” Together, these two statements represent the ACS’s ultimate reason for being and provide a strategic framework for our efforts.
As all of you are aware the ACS sponsors and approves the series of three courses that are offered for lawyers through Axion Analytical Labs in Chicago, IL. The ACS Education Committee has previously approved all 3 courses. Details on the 3 classes can be found here: http://www.forensicchromatography.com/
All three classes are hands-on classes with labs and actual sample development, testing, and data interpretation. We use the instruments in the same way, using the same matrices in the Axion Laboratory as an analyst would in a forensic laboratory. They are wonderfully educational and wholly unique.
In talking with many, both inside and outside of the ACS, the instructors of these courses wanted to recognize the accomplishment and time commitment of the attorneys who truly learned the science. It had to be something beyond simply an attendance based achievement, but also recognized retention of the highly specialized knowledge.
We are proud to announce that after many months of petitioning and meeting with various entities of the ACS, we achieved our goal. On May 21, 2014, there was a unanimous vote to approve the recognition. It is formally called “The ACS Forensic Lawyer-Scientist Designation as recognized by the Chemistry and the Law Division of the ACS” but has also been approved to be called simply having earned “The ACS-CHAL Forensic Lawyer-Scientist Designation” or the person as an “ACS-CHAL Forensic Lawyer-Scientist.” These titles are collectively known as “The Designation.”
Eligibility:
To earn an ACS Forensic Lawyer-Scientist Designation as recognized by the Chemistry and the Law Division of the ACS, the prospects must complete coursework outlined below and then take and pass a proficiency test based upon what is learned in those courses. The official qualification criteria are as follows: